I’m feeling defensive after very basic DIY makeovers I posted recently. A doorbell cover? A soap dish? And today, a picture frame with scrapbook paper stuck in it? Really? Is that all I have to offer you?

But this is so much more than a picture frame with scrapbook paper stuck in it. It’s the key to sanity. It’s a Clutter Prevention Strategy: 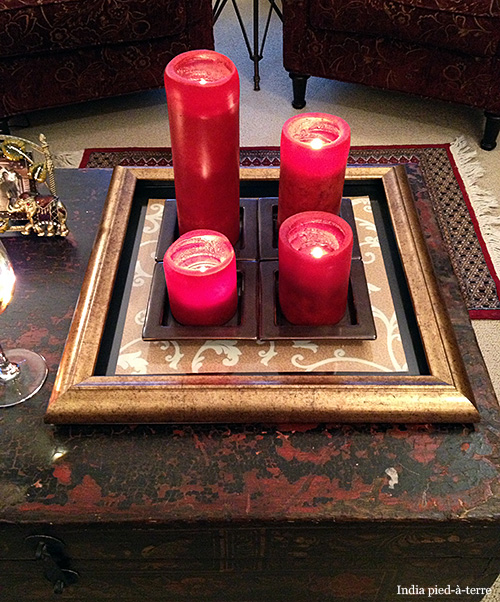 Horizontal surfaces tend to collect junk. The old Chinese chest which serves as the coffee table in our family room collected junk real bad. At its worst point, it was home to:

Total flotsam and jetsam, all jumbled together like the junk floating on the Pacific Ocean.

That Chinese chest and I, we battled for almost eight years. The Chinese chest fighting for its right to breathe and see the light of day. And me fighting to not let stuff collect there. But not wanting to spend time cleaning when things sort of … magically just appeared there. Yeah.

Here’s what the chest has looked like since January 8, 2012 — nearly a year now! — and I’m telling the truth, not just weaving a blog tale to make things look good: 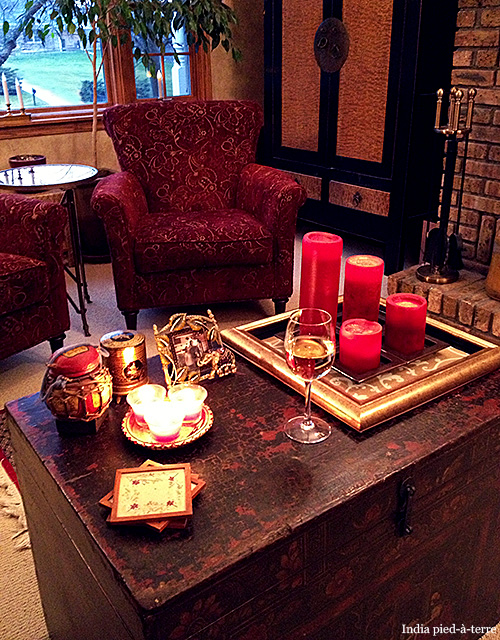 How did this happen? And how did I maintain this control for so long, despite being someone who despises overly-controliness?

Well, what if I put something nice on the Chinese chest that would take up half the space? Like candles? Who would put junk on top of candles? Not even I would do that. So I made a tray from a picture frame to hold some candles.

Okay, don’t wear yourself out if you want to recreate this project. Here’s the steps: 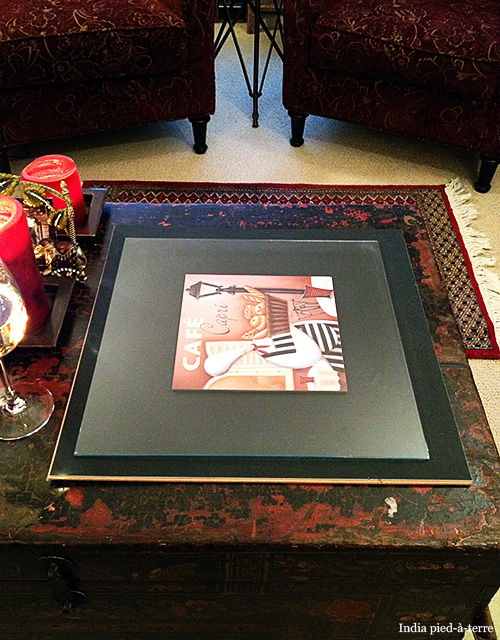 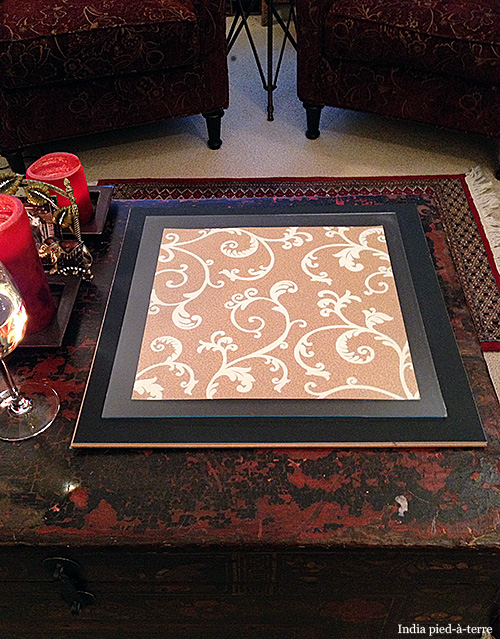 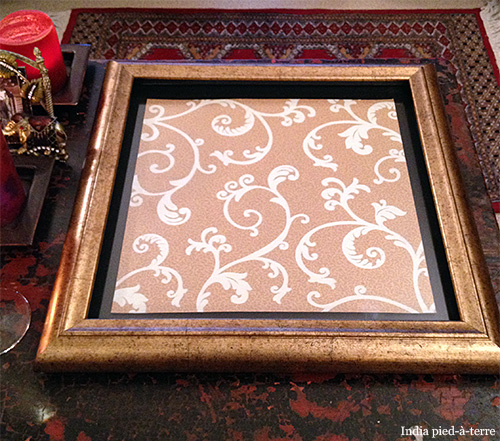 That’s it! Like I warned, don’t knock yourself out doing this.

I didn’t permanently reattach the frame to the backing because the tray won’t be moved around, and keeping all pieces loose will allow you to easily change the paper if you want.

Having once worked in a burn unit, and seeing what happens when we play with fire, I gotta warn, please don’t move your candles around when they’re lit like this! I did it to recreate the steps for photos, but don’t recommend it.

BONUS! Candle Burning Tip: If you don’t want your candles to “tunnel” like the candles you see here, the first time you burn them, allow the pool of melted wax to reach the perimeter of the candles. You may need to let them burn for some time. A 3″ candle might take 3 hours to melt to the perimeter. Wax will melt only as far as the wax melted during the first burning. I let these tunnel on purpose because I wanted this “glowing within” look, plus this is slightly safer with furry cat and dog tails around: 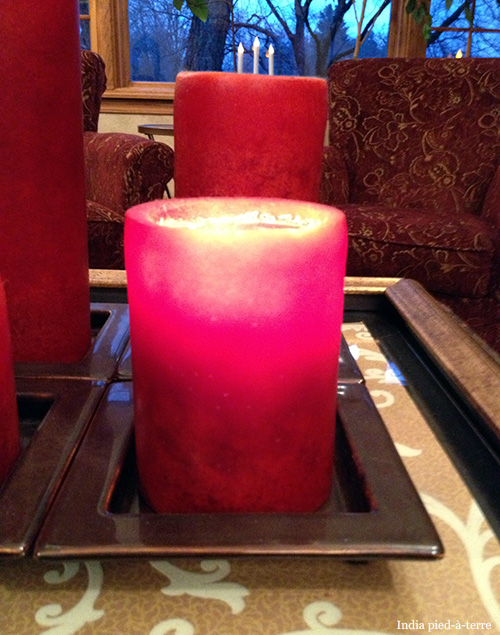 But if you don’t want this, just let the melt wax to the edge during the first burn.