Warning: Use of undefined constant ’64M’ - assumed '’64M’' (this will throw an Error in a future version of PHP) in /home/valgen/public_html/nomadicdecoratorcom/wp-config.php on line 89
 English/Victorian Exposed Shower Plumbing | Nomadic Decorator
Skip to content

Exposed shower plumbing was a trendy choice here in the U.S. when we remodeled our master bathroom nine years ago. The look is industrial, it’s vintage, it’s a little bit country depending on the finish you choose. It’s often imported from England by brands like Rohl, Samuel Heath or Perrin & Rowe. It’s a design choice in the U.S., but in India it’s a necessity. Both our bathrooms in our Chennai apartment require exposed plumbing and pipes. Exposed shower plumbing looks like this: 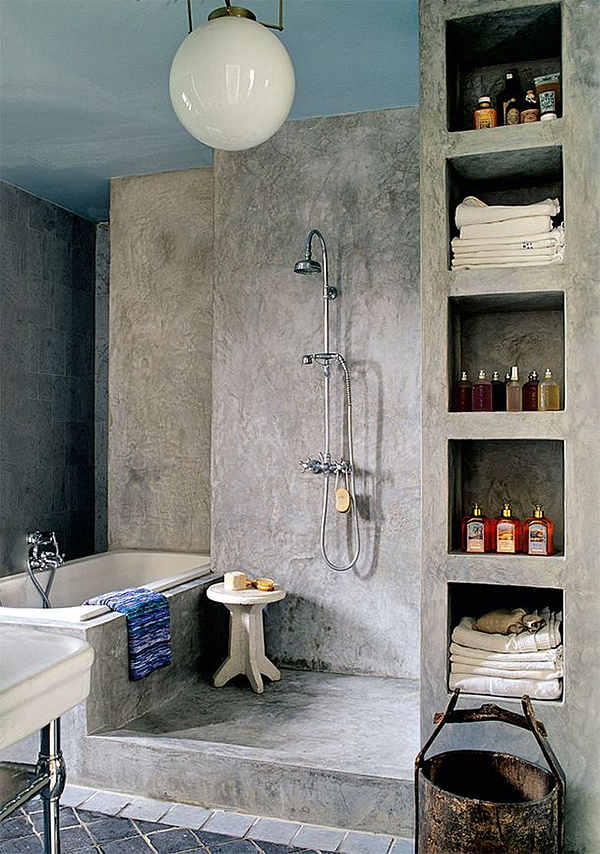 True to the name, the pipes are exposed on the outside of the wall. 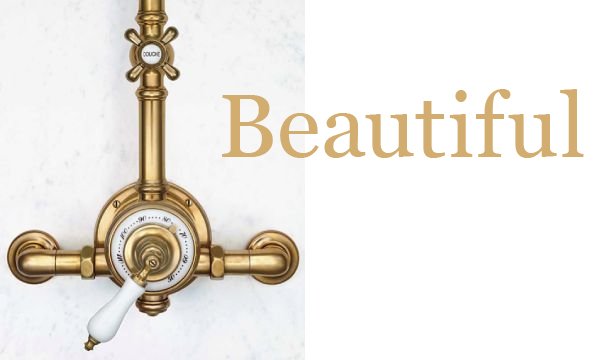 If you can get these finishes in Chennai, they will be special ordered and we will be there only 2.5 weeks and really want a shower while we’re there. Surely everyone around us will appreciate it if we shower too. So there’s no time for special orders. So I’m seeking shower plumbing in the U.S. to haul over in suitcases. !!! Yes. We fly Etihad and we get four large check-in suitcases between the two of us with 200 pounds of stuff for no charge. You can easily take bathroom sconce lighting, plumbing, sewing machine, drilling tools … yes that is our vacation packing list right now!

While we installed Rohl in our Chicago area home, the quality and cost were worth it in a master bath we use several times daily. But for only very occasional use in our place in India, the more upscale brands like Rohl, Perrin & Rowe and Waterworks are way too pricey. We also don’t want to risk getting docked for import taxes while bringing expensive plumbing into India. So I’m seeking other brands this weekend, and meanwhile finding the coolest showers with exposed plumbing … 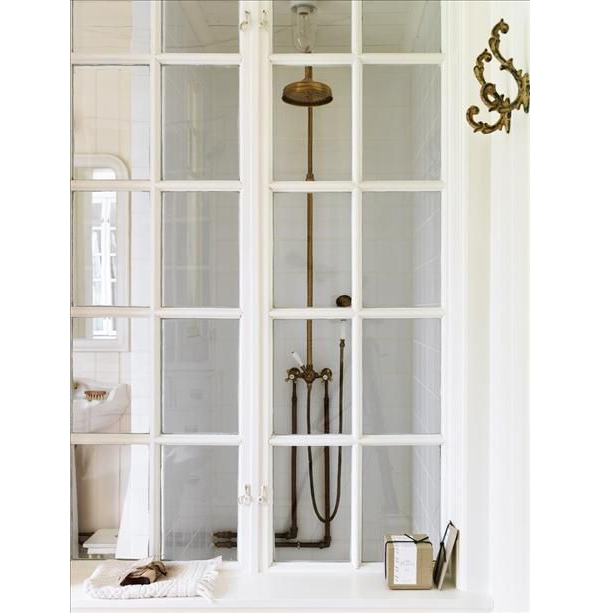 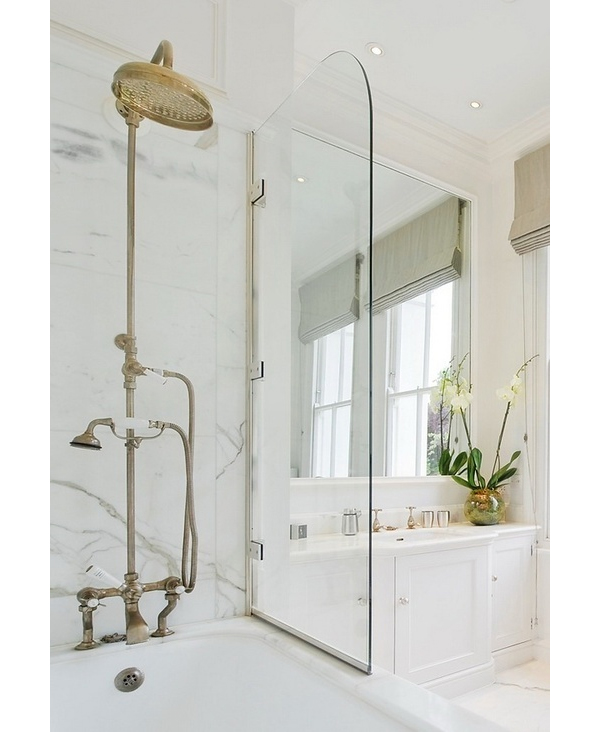 You can also build an exposed shower system yourself with copper pipes. In the right setting, usually very simple and purposely understated, it can look charming versus just cheap DIY. 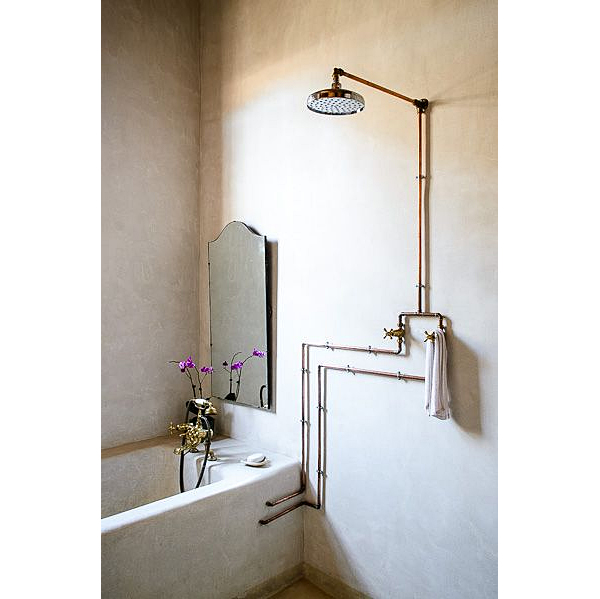 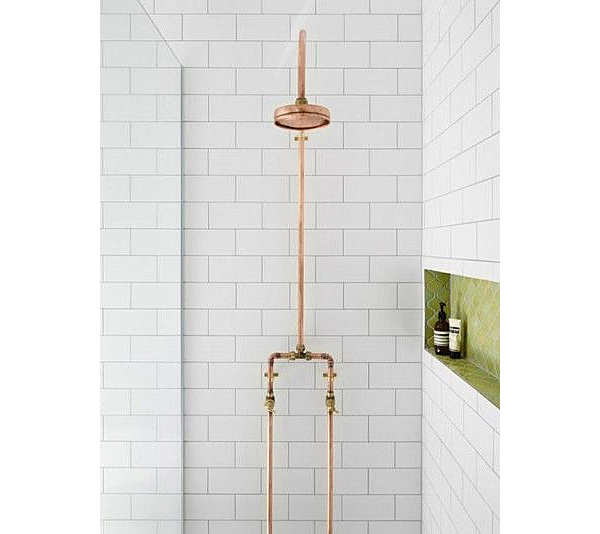 So wish me luck. I hope we’re hauling finished shower pipe systems on Etihad instead of rigging up copper pipes in a pinch!