Colors of the changing leaves  can be found indoors too … 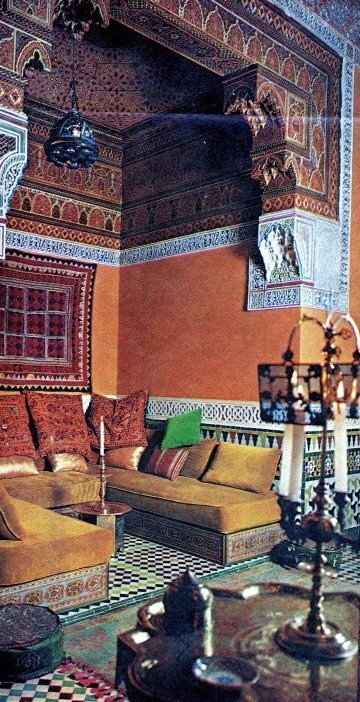 In an old renovated Spanish farmhouse, via the style files and Micasa:

In an Asian-inspired room, via Madeline Stuart via Design Junkies:

In a natural stone and birch dining room, via House & Home:

In a sofa, via um Pinterest and the source has disappeared: 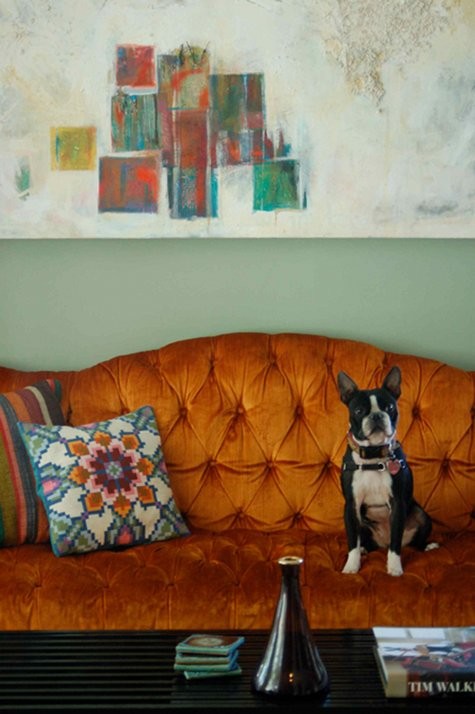 In a bed covering, via An Indian Summer:

In a shower, via New Ravenna Mosaics:

In an exotic global room, via Figueroa Hotel LA: 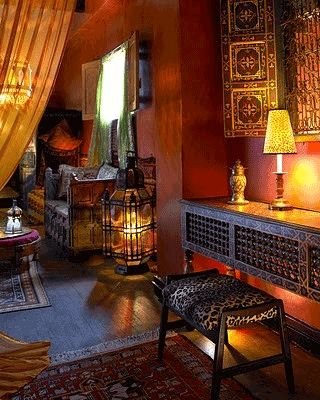 In a living room, via The Lennoxx:

In a home office, found at Small Place Style:

In a small view of a room, found at ahhhlaladeco:

In a rip-worthy magazine photo, found at interior divine: 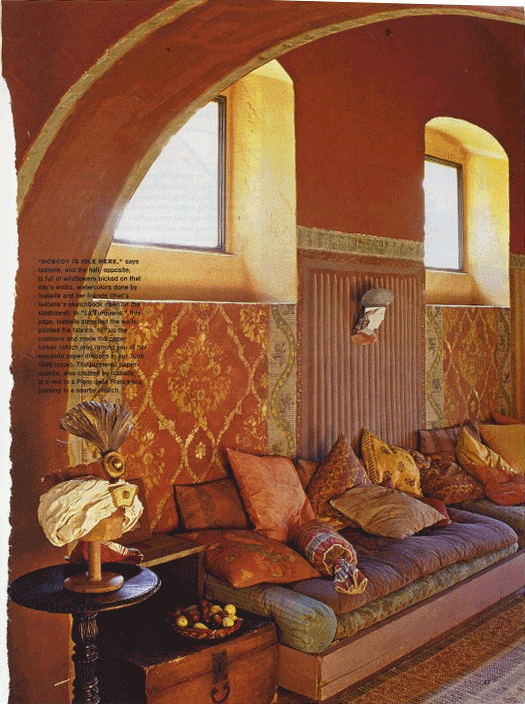 In a daybed, via Dress Design Decor and Simple Style/Hotze Eisma: 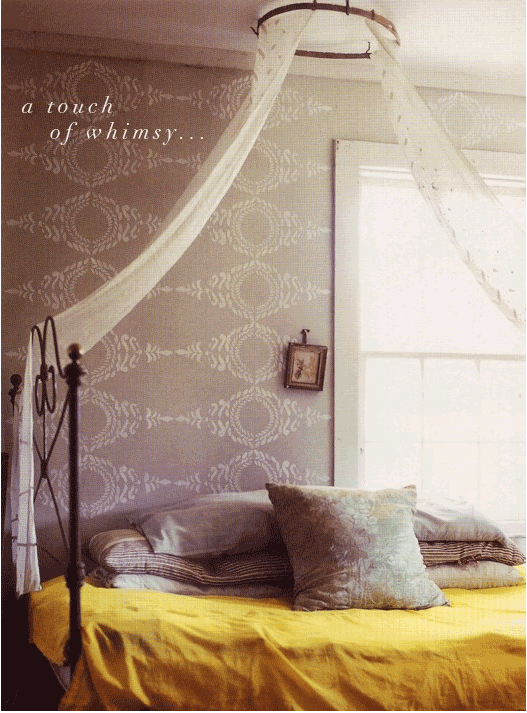 In an opulent bathroom, found at 79ideas:

In an Anthropologie quilt: 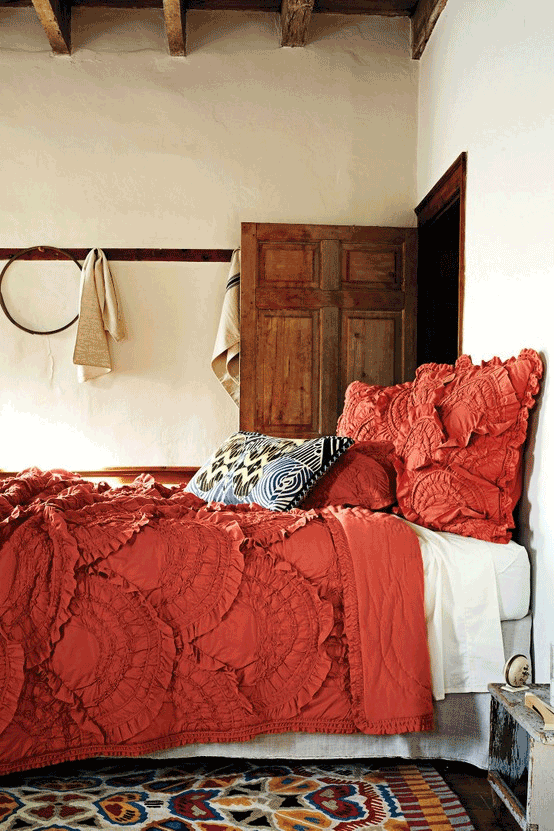 In a fancier bed, from which I don’t know original source – let me know if this looks familiar: 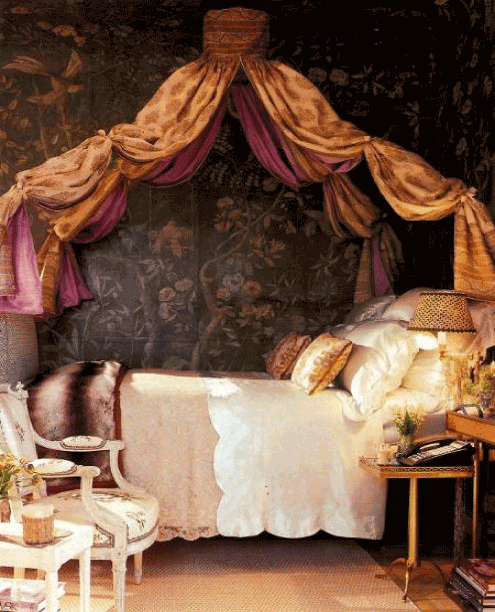 In a restaurant in Bangkok, via Dwell:

In an exotic room, found at paonote room269:

In a headboard, found at elle oh: 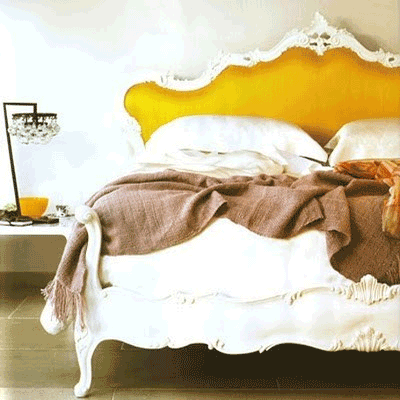 In tribal textiles, via norrgavel: 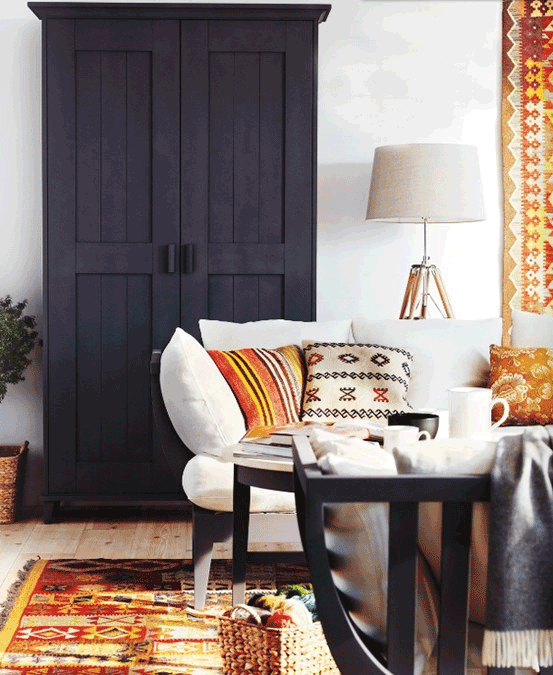 Via a cozy nook — I love this image so much I’ve shared it numerous times before and I don’t know where it’s originally from: 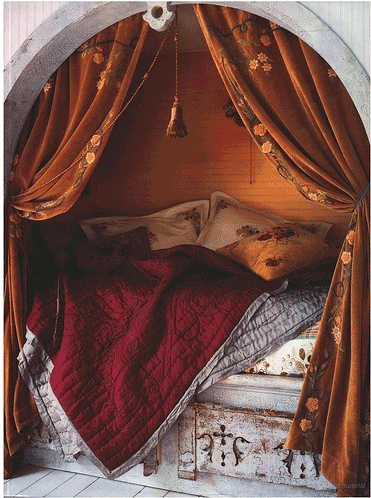 In a home office, via Country Living:

See, if you miss autumn colors after this too-short season, look about you, they’re all around all the time.