Today I share with you photos from a previous trip to India. To Sikkim, which is a former independent kingdom that’s now part of India. It’s a sliver of land in the far north of India, tucked into the Himalayan slopes and valleys between Nepal, Tibet and Bhutan. There is a strong Buddhist influence there. And military influence too! Lots of military. But I didn’t photograph much of that, that wasn’t as photogenic as the temples, although maybe more geopolitical stories there. For example as Americans, we could not go to the border crossing between Sikkim and Tibet at that time, although we would have liked to.

We arrived in Sikkim at night. I couldn’t sleep and sat up most of the night writing in a travel journal. This was the first glimpse of Gangtok, and the valleys and mountainsides of Sikkim beyond, as the sun rose: 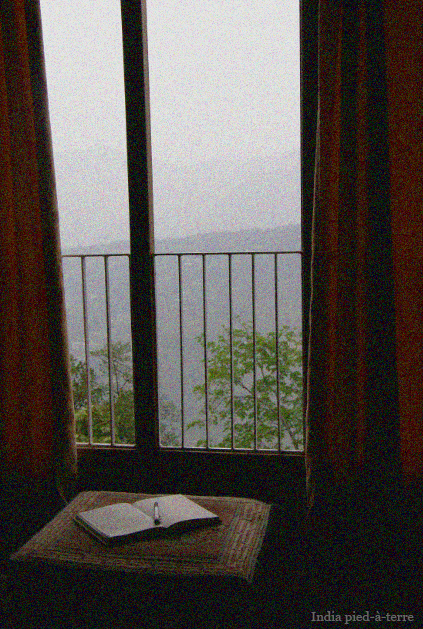 Gardeners may appreciate that Gangtok’s area of Sikkim spans both temperate and tropical growing zones. Orchids and fir trees grow side by side. The place where we stayed took advantage of this diversity. Just walking to the dining room for meals was a gorgeous experience: 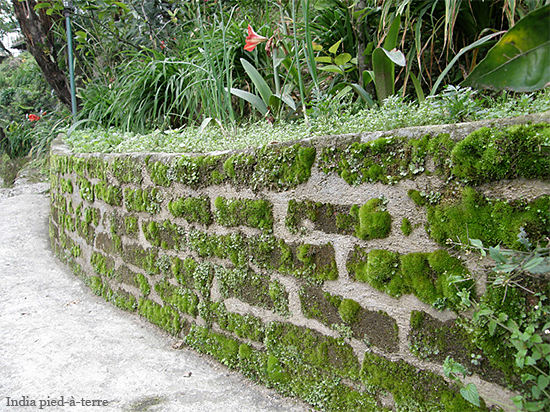 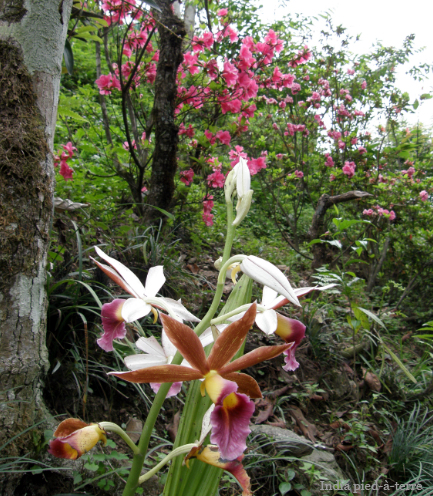 The town of Gangtok has a walking-only boulevard where we spent much time visiting shops, people watching and eating. Every night people emerged to walk around. It didn’t seem like they were in purposeful hurry. They were enjoying the stroll:

Visit the Buddhist temples and you see prayer wheels: 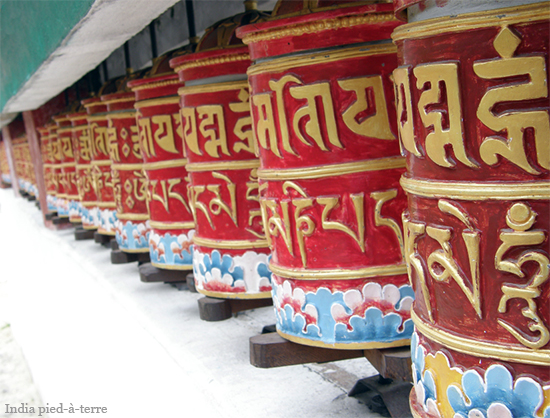 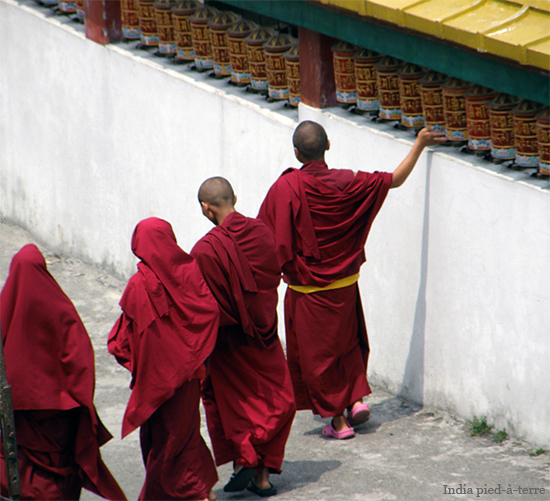 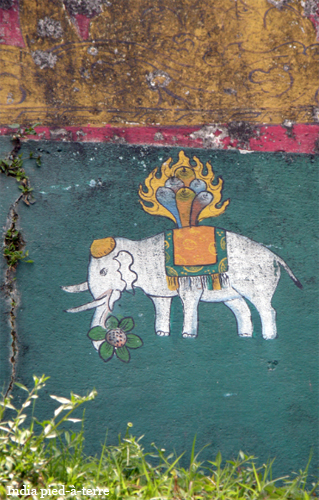 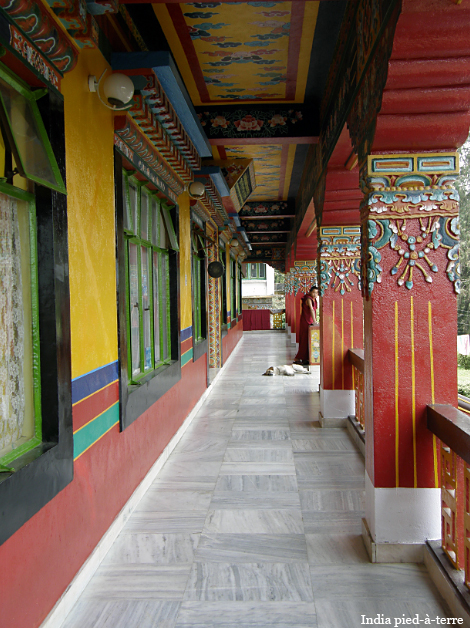 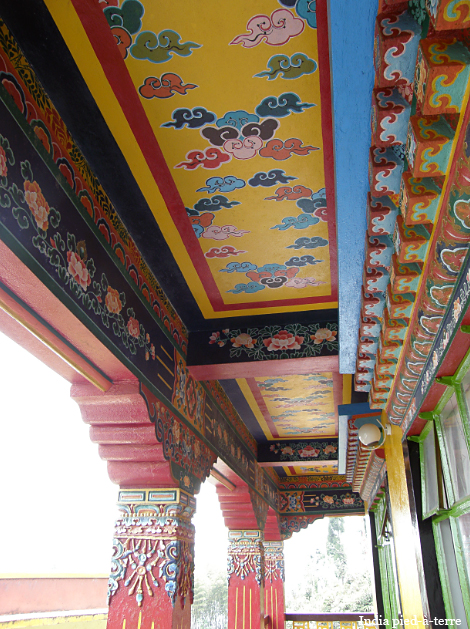 Everything is so fantastically decorated. By now you can see the favored color scheme. For travelers some people are calling Sikkim the “poor man’s Bhutan” because of the high cost of travel into Bhutan. We did want to go to Bhutan, and we will get there some day, but Sikkim is absolutely worth the time and trouble to get to this little corner of the world. 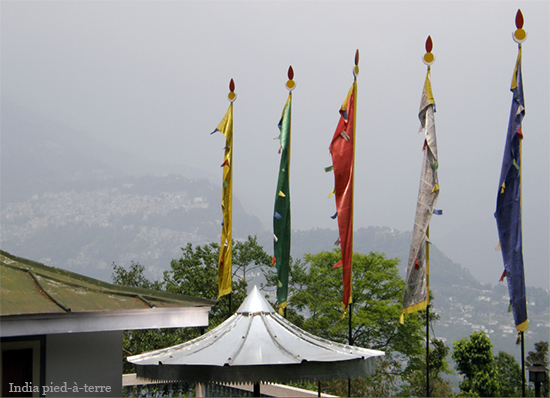 This was a gorgeous temple and we found a courtyard where the sounds of drums from inside wafted out and filled the courtyard and shook your belly, they were so loud. It was very meditative to sit and listen. I always find Buddhist temples to be very calming. Unfortunately at this one, my camera batteries ran out so there aren’t many photos of its beauty:

I hope this inspires to bring more color into life!

2 Replies to “Glimpses of Sikkim”