There’s a project in the works and it involves Emperor’s Silk. No, not of the flowing robes variety. It’s the Emperor’s Silk made possible by Annie Sloan. It’s red and it’s deep and it’s luscious and it’s … oh, let’s just take a look …

This makeover using Emperor’s Silk chalk paint, by Shizzle Design, made my mouth literally drop open. Look at those sexy legs! And can you believe they were not originally there? No, Shelly of Shizzle Design had the vision to see that a legless chest needed these legs so it could grow up into a cabinet. And she was so right: 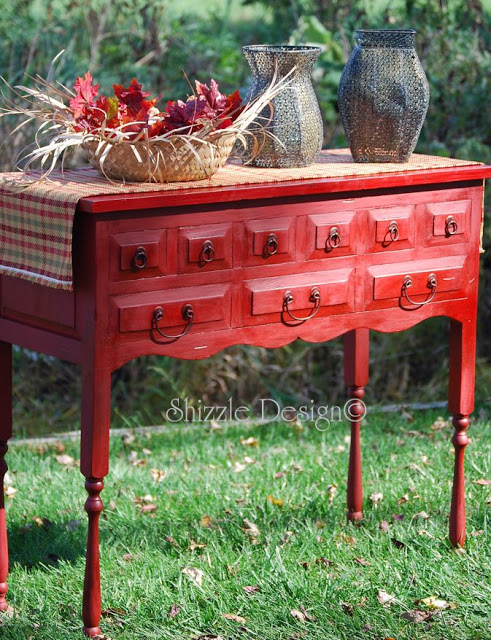 Her shop of furniture and accessories that she paints and distresses is in western Michigan and I must stop by during a swing through there sometime. Check out her site, she does beautiful work.

Emperor’s Silk might make you think of China, but this makeover by Stiltskin Studios is so perfect for right now, around Fourth of July: 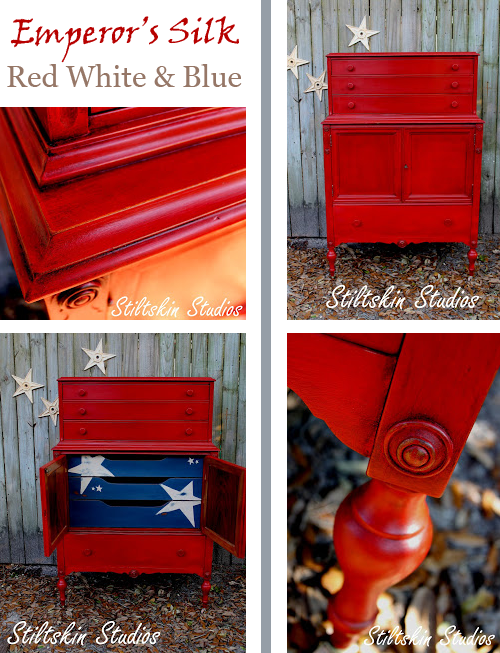 Just the inside was given a rustic red treatment, as shared on the Annie Sloan website: 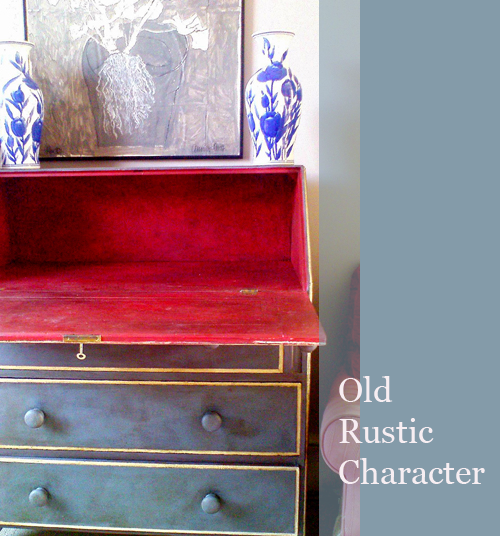 Salvaged and made over by The Salvage Collection, this piece was so downright Debbie Downer depressing, and now it makes you want to do a happy dance. Really, doesn’t it look like these drawers are smiling: 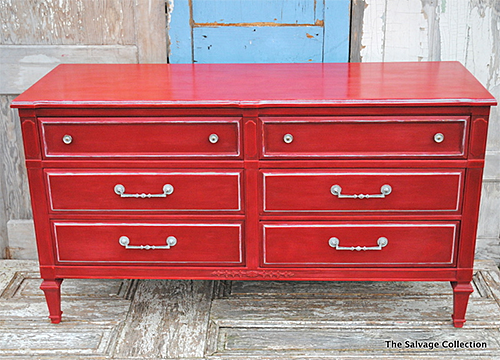 I love how the styling is salvaged there too, with old doors for texture. Hmmm, it makes me think, what about floors made of old doors?

Okay that’s crazy. Let’s get back to the Emperor’s Silk before that idea runs somewhere real.

From Maple & Magnolia, Emperor’s Silk brings the perfect pizzazz to pine wood and this neutral scene: 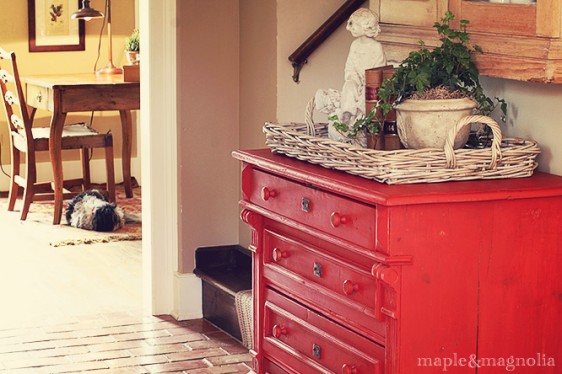 Here’s a more shabby worn look from Knot Too Shabby Furnishings (ha, I used the word shabby before re-checking the blog and there you go, obviously a look that’s true to the blog brand!): 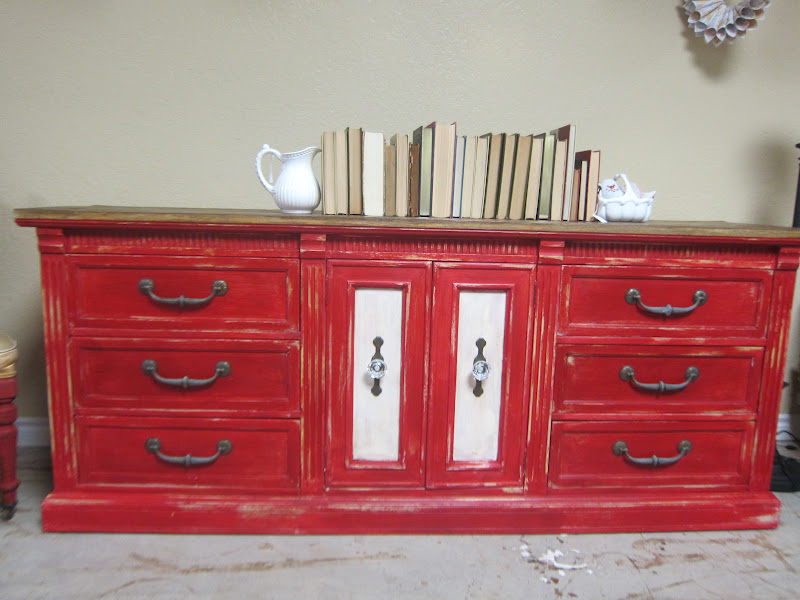 So here’s hoping my cabinet makeover project with Emperor’s Silk chalk paint turns out just as stunning as these!