By inspiration, I mean not just finding something that you think looks nice, but something that opens your eyes in a different way, to see possibilities that weren’t there a moment ago. Something that gets your mind roiling with new ideas that wouldn’t have otherwise happened. Something that makes you stretch in an unexpected direction. 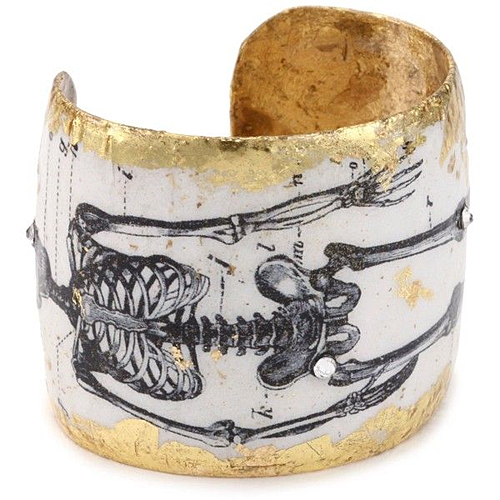 I am really drawn to it. But would I wear it? It made me wonder, why don’t people wear things that might provoke? Why don’t we choose clothing, jewelry or other adornments on our bodies with intention, things that would make a statement and would make other people think? (And I’m not talking about “statement necklaces.”)

For my daily work, I might add a statement on this cuff about how many people die in traffic crashes. Did you know, about 30,000 a year in the U.S.? Every year? I’ve spent about 20 years working on injury prevention. But I would never think to wear anything that refers to that. Why? Couldn’t our bodies be the most influential billboards? Someone might ask about what we’re wearing, and it gives us a chance to talk about it. People simply talking with each other is, I believe, critical for any change to happen. 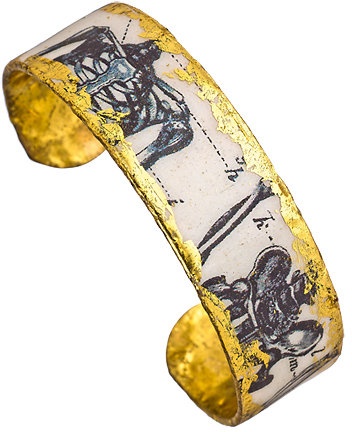 I was going to talk about some more offbeat inspiration, like these antique Thai eel spears from Relique. They got under my skin (ha): 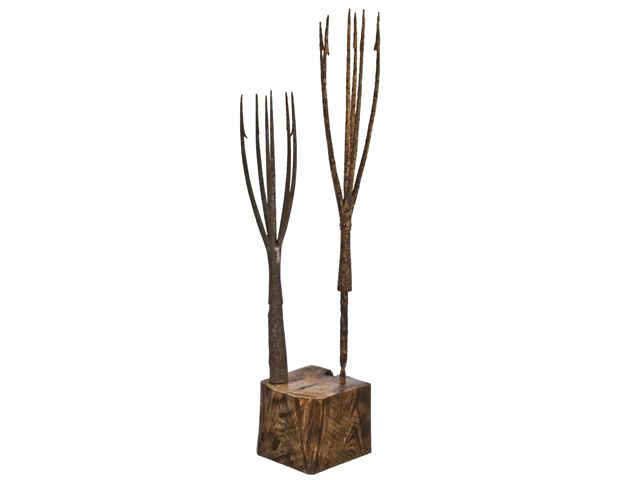 But now my mind is off on some ideas from the skeleton cuffs. And isn’t that how inspiration is supposed to work …