A few months ago I was sitting in my in-laws’ home in Chennai, India and kept staring at a big blank wall just inside the main entrance of their flat. It’s visible from the entire living room/dining/kitchen area. And I imagined, what if? What if it was a bold color? What if it had a design on it? Wouldn’t it make the place feel different? It would  welcome people as they stepped in. It would embrace people with color. But no one we know does things like this to their walls there.

But now they have this wall: 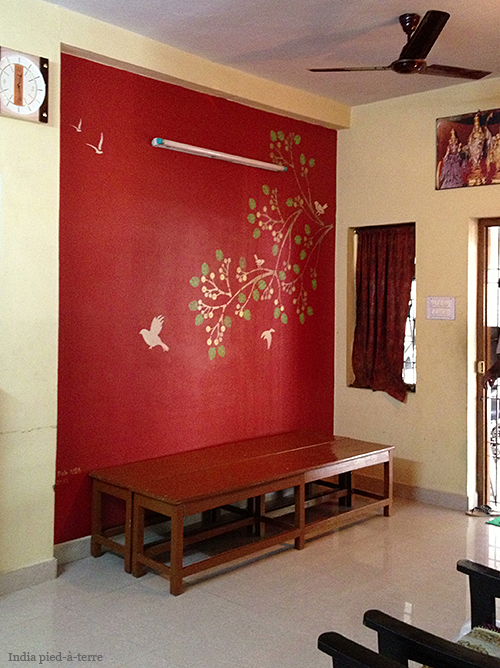 I chose deep red to coordinate with the textiles found around the room.

Painting supplies from the U.S. were already stashed there, waiting for when they’re needed to decorate our own apartment. And I know my way around Asian Paints locations near T Nagar neighborhood in Chennai very well! Better than anyone who lives near Chicago should know about paint sources in Chennai! Because when I wasn’t looking, I somehow turned into a painting addict.

That’s why I got the itch while sitting in a chair. Staring at a blank wall. In India.

It so happened my father-in-law said he’d like birds on the wall. And I knew that Asian Paints has a stencil with branches, foliage and birds (they call stencils “wall fashions”). So we visited our local friendly Asian Paints dealer, who is within walking distance down dusty Usman Road: 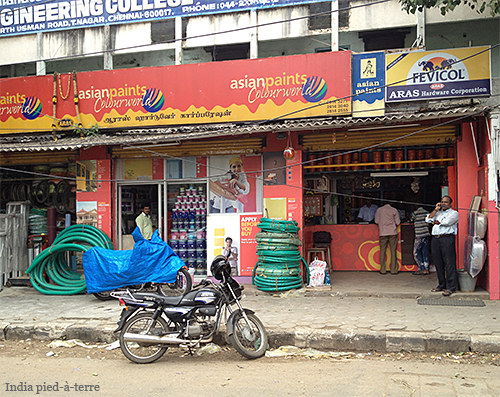 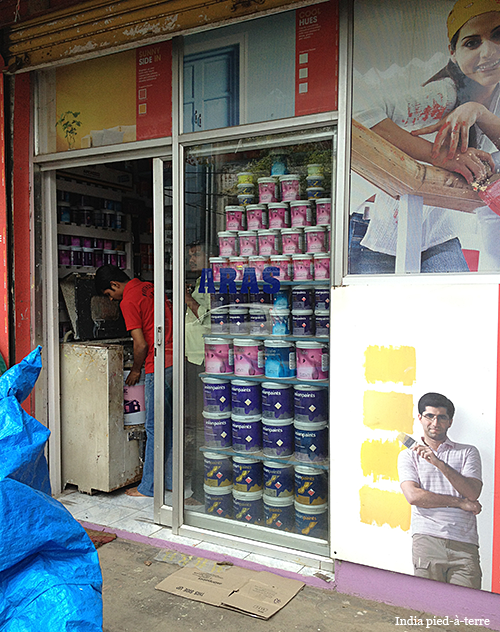 Yes, this the dealer of my painting drug when we’re in Chennai! Don’t be fooled by appearances. If you haven’t been to India, a lot of places are not like our Home Depots, but that doesn’t mean they don’t have good stuff. They can mix anything you want here. Even rich gold shiny metallic paints! I have some. They said that only designers buy that kind of paint. My husband assured them that I’d know what to do with the shiny gold metallic paint. People aren’t really into DIY there. Labor is affordable so you pay people to do many laborious things. Except, what if you enjoy doing these things?

It was a spectacle for awhile. Relatives stopped by.  My husband’s cousins. Many cousins dropped by, curious to see this painting going on. 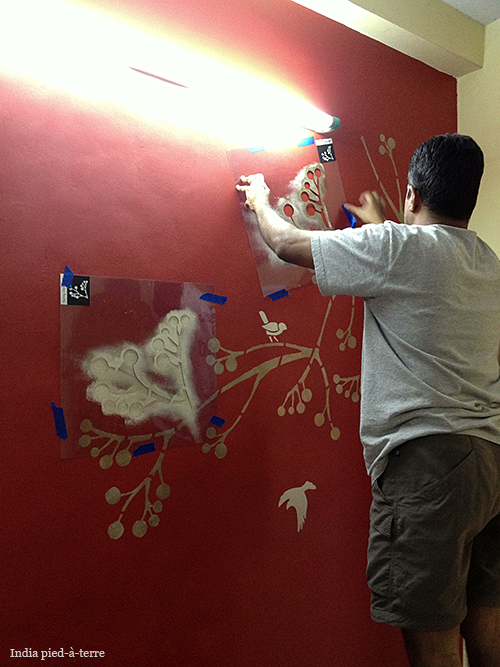 If that tube light is bright for you in the photo, imagine your eyes up next to it! 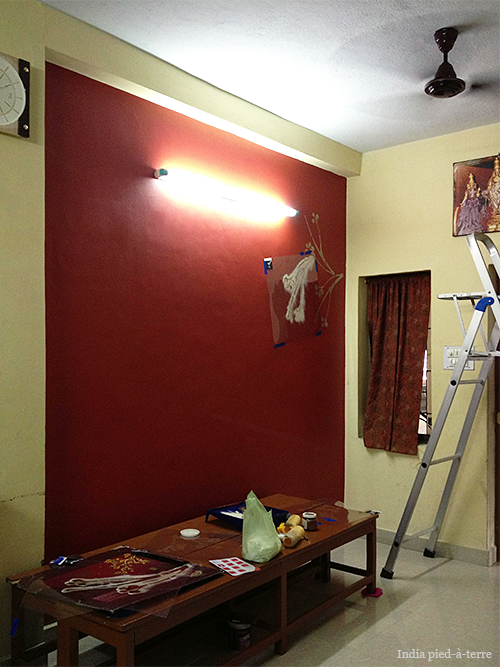 That wooden bench is said to be about 100 years old and belonged to my husband’s grandpa. Apparently the bench had a beautiful old worn wood patina. But they wanted it to look new so they painted it “new brown wood” color. We joked that we’ll strip the paint off of it on the next trip. Okay maybe we are serious about that …

Sometimes I had to improvise because supplies aren’t available like they are in the U.S. So a Q-tip (AKA earbud) became a touch-up brush. It worked fine. I didn’t have a stencil brush or sea sponge, so I used edges of paint rollers to “pounce” paint color onto the stencils. The only paper towels I had were from a roll brought from the U.S. 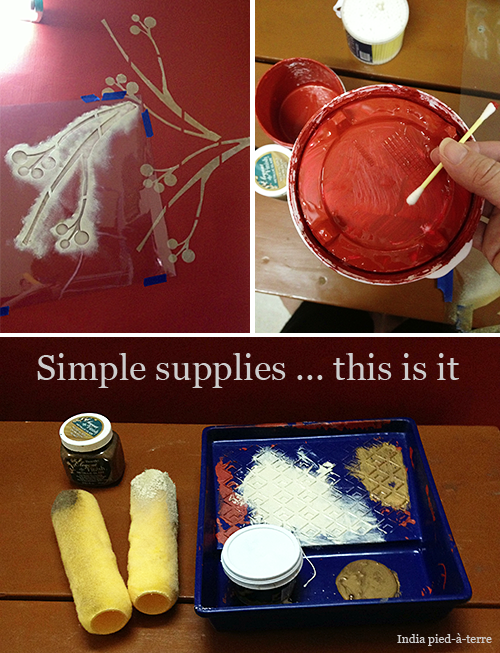 The best thing was seeing the pride in my father- and mother-in-law over their new wall! Smiles all around! They even sent roses to our Bangalore hotel (we had to move on to our next city the next day) because they were so happy about the wall. 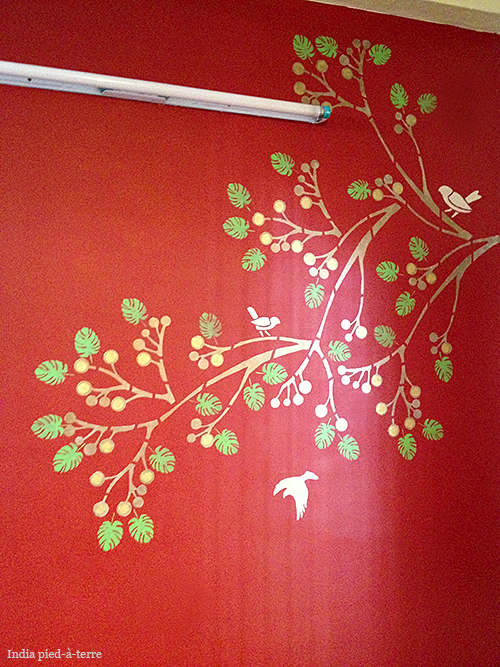 I’m starting to think it can be even better to paint for other people, than to paint only for myself.

7 Replies to “Painting and Stenciling in India”