If you’d like to add a flair of the Far East in your home, it’s actually really easy to do. There are a few distinctive details and one of them is hardware. Chinese hardware is often a burnished brushed brass color. Like a soft-looking metal. The brass can take many shapes, often with big dramatic backplates and dangling pulls. Let’s take a look …

(And, follow through to the end of the post where you will find my super-secret source for Chinese hardware which as of now, is no longer so super-secret.) 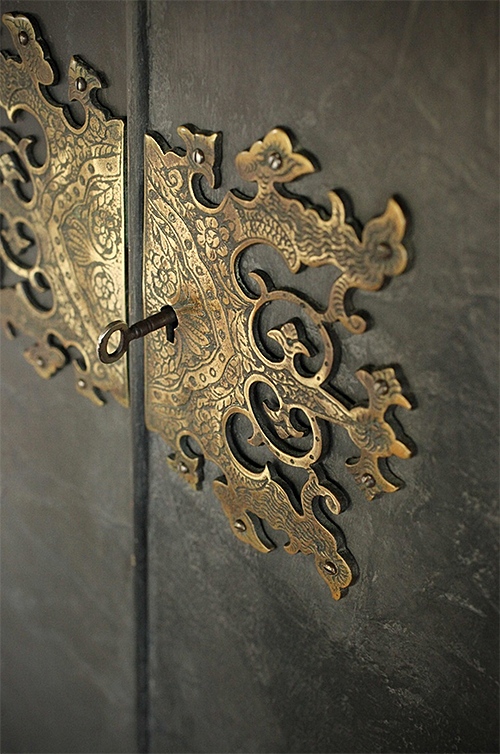 This shows simple Chinese hardware on a cabinet, photographed by me at Primitive in Chicago: 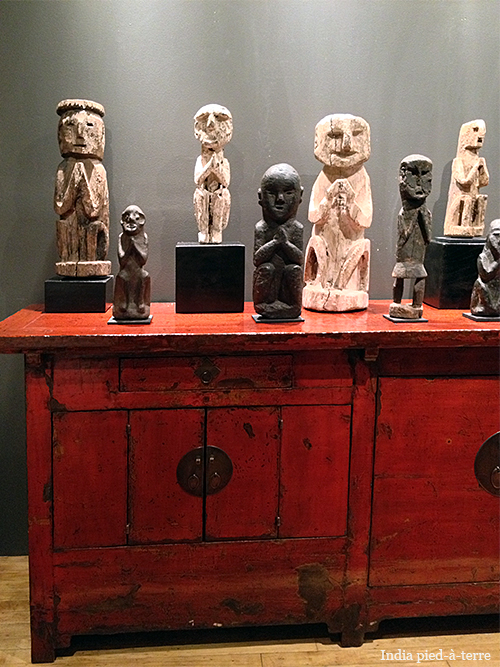 Here’s another red cabinet with typical simple Chinese hardware. You’re going to see a lot of red cabinets and sideboards because it’s pretty common to use red lacquer on Chinese furniture. I like how this furniture from the Far East is combined with strong simple shapes from other cultures around the world. Originally from House Beautiful: 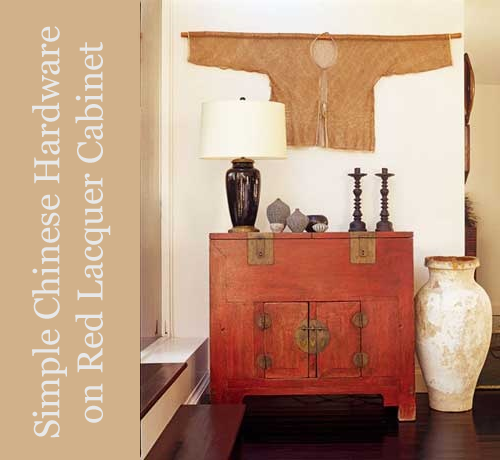 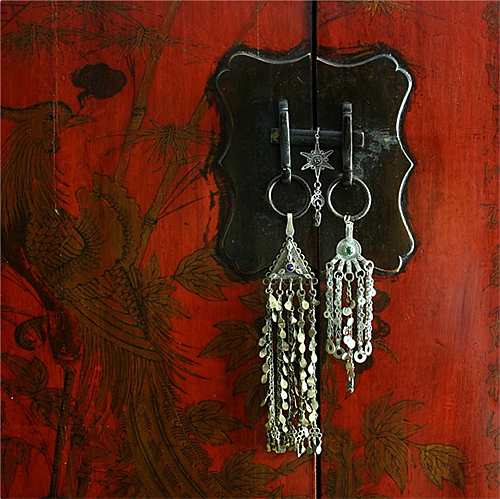 For a change of color, here etched brass door pulls on a yellow Chinese cabinet. Maybe the internet is getting over-saturated with images because it’s getting harder and harder to trace images to originals through my tried and true methods. If you know the source of this one, let me know: 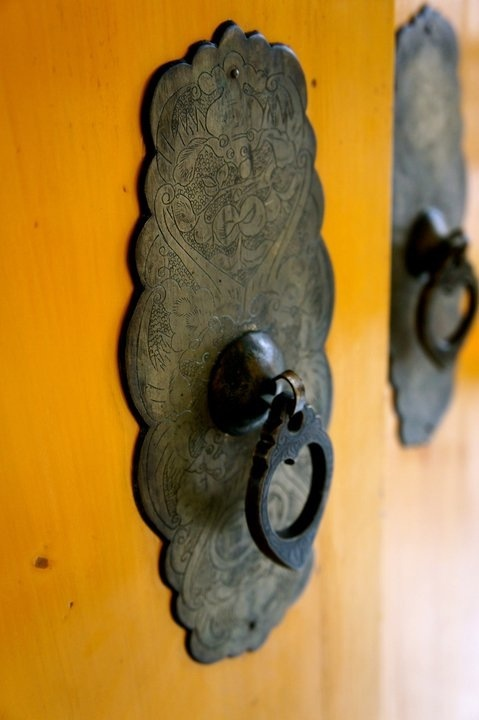 So far, by analyzing these photos for visual patterns, you can see a big part of the look is the large decorative backplates, which can come in many shapes, and they can be etched with decorations or left plain.

This next one is a striking combo of very large backplate with two smaller door pulls. This super oversized look is my favorite. This cabinet was featured at Skona Hem: 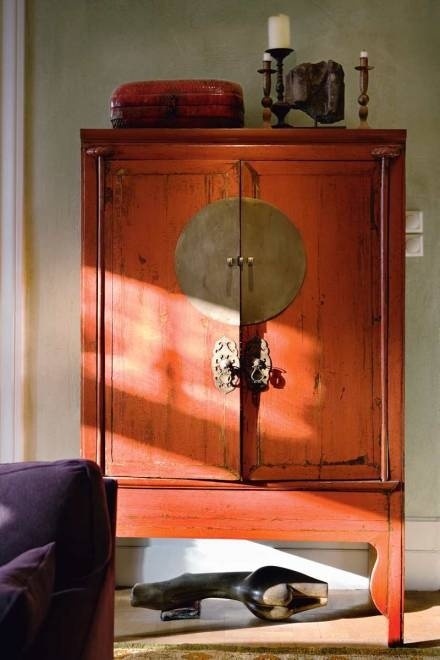 From Golden Lotus Antiques, this is the coolest treatment of hardware. It’s like mesh combined with the traditional round backplate shape: 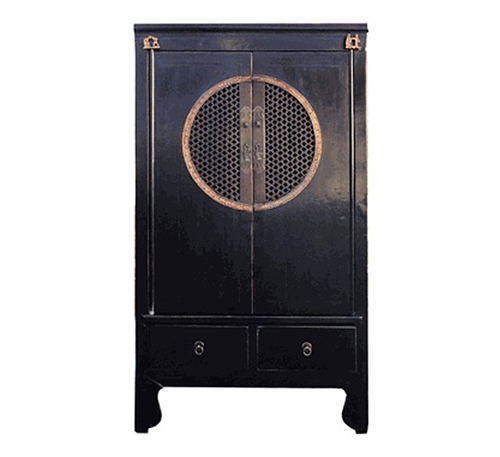 As promised, here is my once super-secret source for getting this hardware:  An eBay store called Chinese Brass Hardware. I share because I just like to share like that, and surely there’s enough of this hardware to go around!

Here’s a project I did where I used their hardware. I did a makeover on an old cabinet that was once Danish modern, and turned it into Chinese antique style. The post showing that process is here. I chose an oversized set of hardware, just because:

If you like this Chinese style, there’s a lot more of this on my Pinterest Chinese Style Board: